Even cats can count to three 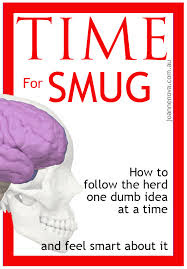 Three simultaneous issues may have exceeded human mental capacity to count. While human attention seems to be focused globally on a cocktail of racism and pandemic, no one seems to have noticed that the children’s crusade for the climate seems to have vanished into thin air. Is that because global warming was just another issue du jour?  And, following close behind, will racism and its consequences become yet another issue du jour?

This week, ABC News published a surprising story, “Zombie Fires and Fire Thunderstorms hit arctic,” surprising certainly to someone who’s been following the science of global warming, including its feedback loops, trade wind patterns and ocean gyre changes. It spoke of an entirely unreported and apparently new phenomenon. You  may ask, what are “zombie fires” exactly, and why haven’t Scientists been at work legitimizing yet another feedback loop with a more dry-as-dust terminology?  Maybe because few could anticipate that a Zombie fire might take place, let alone what it might be.

A zombie fire very simply is a peat fire, one that winters under arctic snow, to re-emerge after it has continued burning underground through the winter. It follows upon an Arctic heat wave lasting for the past six months, and its year-round release of CO2 assures a permanent feedback loop.