Start With a Bang, End With a Book

Last Wednesday the sky fell over the Western States. Skies over San Francisco’s Bay Bridge that morning turned chocolate, not milk chocolate, dark chocolate. Half a million people have been evacuated from their homes as fires spread over all the Western States, dozens of people have been killed or reported missing, the deaths of at least 6 people have been confirmed (not the over 90 number who died last year because of our local utility, PG&E’s, affinity for manslaughter); millions of acres of wild forest, the trees and the animals that make it their habitat have been immolated. This event is a repeat of the multistate conflagration as reported on Sept 15, 1902 by the San Francisco. Call. As I write we are in our 7th day  of dangerously polluted air, some readings exceeding 400 ppm (that’s particles per million) and today’s readings over the Bay Area still hover at 175 ppm. Colorado already reports  a slight overpall of whispy smoke. Next week I hope to address the further implications of this catastrophic event.  Please visit the ACTION section below if you are able to help. 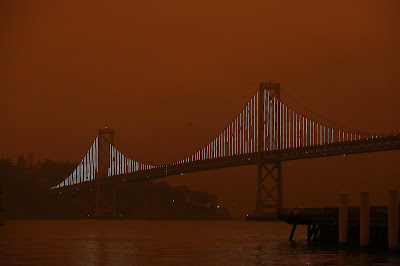 Mean time the US pre-election Saturnalia continues with solicitations round the clock to keep these abject excuses for rulers in power as youth leading the Sunrise Movement, who represent a generation with little hope of a future remind us: “This is an imminent existential threat.” Right now, not next year, or next decade, or in the next 50 years. NOW. Revisiting the thought of Gene Debs, which I also hope to do next week, has been an eye opener for this writer, who marvels that already by 1875 he was beginning to see that the struggle between the elites and the working classes amounted to a war. 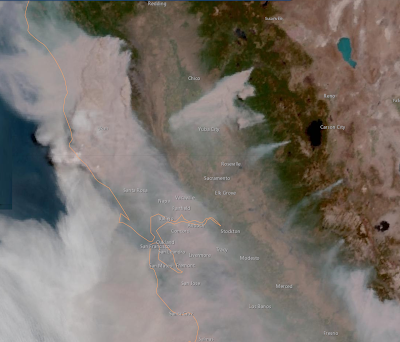 For some years now, I, along with many of my fellow and sister activists, have been demonstrating outside the San Francisco Headquarters of Immigration and Customs Enforcement Headquarters. Once I held the space alone until one reinforcement arrived a half hour later, sometimes we were 4 or 5 crying in the wilderness, Eventually our numbers swelled to nearly 300. The best demonstration was led by Buddhist priests from San Francisco’s Japantown and elsewhere. Elderly Japanese women, two of them sisters, one a diminutive 89 years old, and incarcerated in 1942 in Chrystal City concentration camp, gave testimony of how racist US policies have played out, even against its own naturalized citizens. It climaxed with a walking meditation, and because there were nearly 300 of us passing through two intersections as we walked, we were able to block part of San Francisco’s financial district.

I began addressing US immigration policy in 2009 when I first interviewed a Jewish woman activist working in the Patterson N.J. jails to aid the immigrants detained there, some from Iraq, Jamaica, Guiana, and other parts of the world. She had come to prominence because she became the first whistleblower ever to report a death in detention, the death of a Pakistani taxi driver who had simply disappeared without a trace inside the bowels of the bureaucracy.  That led to a 2009 New York Times article identifying as many as 106 deaths in ICE detention accompanied by a coroners report. (Note: cause of death sometimes listed as asphyxiation.) 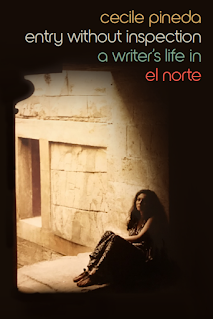 At the time I had absolutely no idea that I was taking the first step on the journey to discover my authentic origins. Although I did not come into the world an orphan, as I was raised all the truths of my past were deliberately held from me. It’s only with the publication of my debut novel, Face, where I first shed a married name to reclaim the name of my birth (which happens to be matrilineal from my great grandmother) that my journey of discovery began, a journey that  would eventually lead back to the name’s origin in 1746 and to the surprising revelation that climaxes the book.

Entry Without Inspection chronicles that story against a background that records the beginning and evolution of US immigration policy, recently come to the forefront of our attention since, as a result of family separation, the first child-in-detention was reported dead, a little Maya Q’eqchi girl, who before setting out on her walk of two thousand miles from her destitute village in Guatemala to reach the US border where she would meet her death, had received the gift of her first pair of shoes. 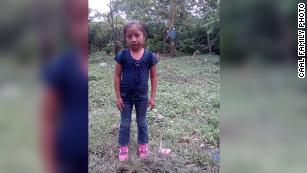 LOTS OF ESSENTIAL ACTIONS THIS WEEK