State of Rage, State of Mourning 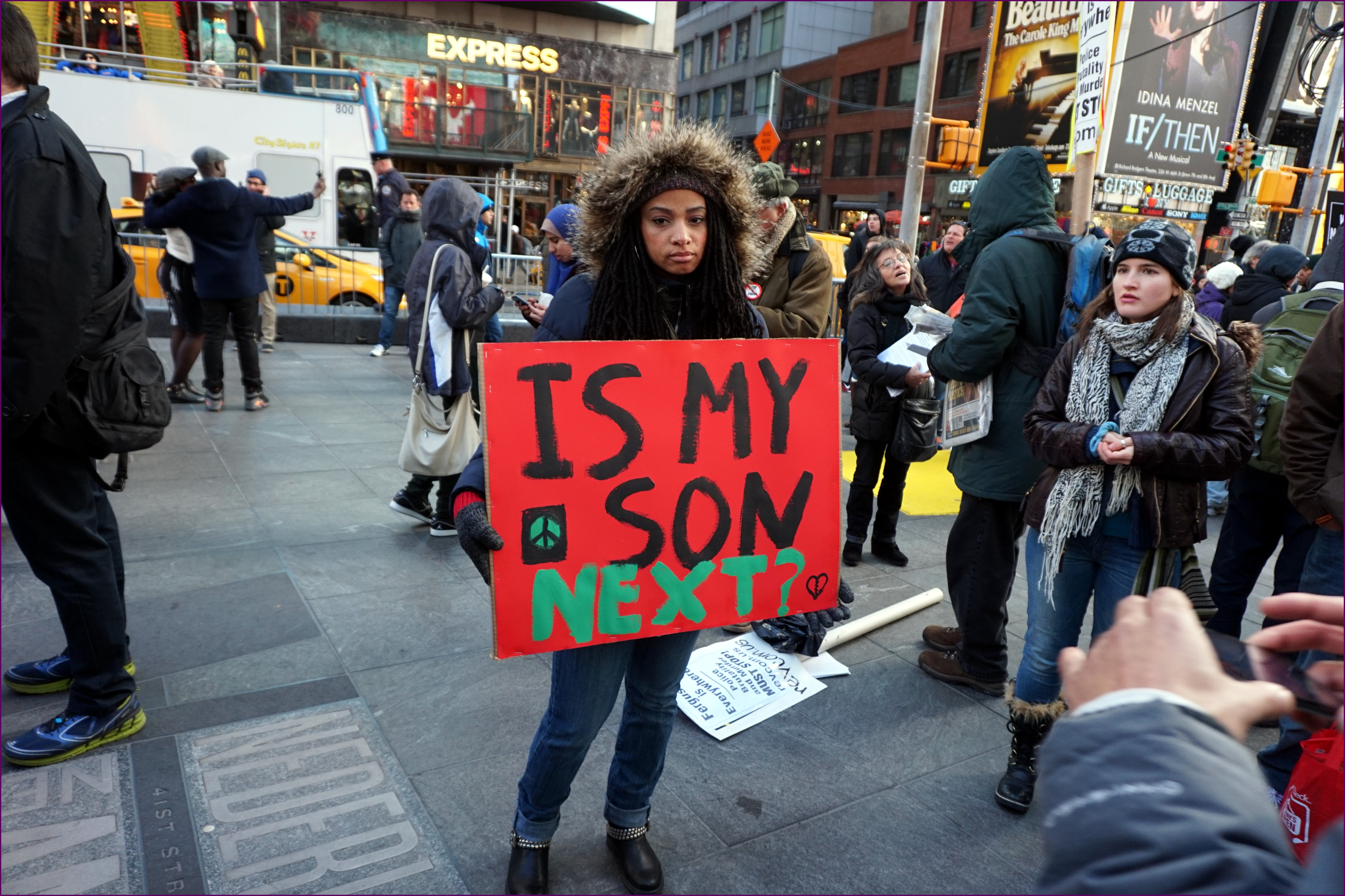 Last week another Black man was lynched on the blood-stained Streets of San Francisco by a lawless enforcement posse of shooter cops who believe their office gives them license to run amok. Over 500 of such murders have taken lace this year in the United States. This time, the name to remember—which we must add to the thousands of names of those fallen, from Mamadou Diallo, felled by 49 New York City-purchased bullets to those of Sandra Bland, murdered in a Florida prison cell from not signaling before making a right turn, to Yvette Henderson murdered by AK 47—part of the “peace” keeping weapons expenditure by the City of Emeryville—is Mario Woods, a young man whose already prone body received a handy total of 21 bullets—all purchased at City of San Francisco expense.

No words can properly describe the brave City of San Francisco’s Police Commission hearing  that took place in Room 404 of City Hall the evening of December 9, from 6 PM until some time after 8:30 when a Black woman’s outrage finally swept the entire travesty, commissioners, and Chief of Police Suhr and all the rest of the  farce off the set, their tails between their legs. Not once, not once, in the course of that evening’s outpouring did a psychopathic Chief’s facial expression change, not once.

What will we remember of kangaroo courts, of judges’ panels, of commissioners’ mad hatter tea parties, of elite, self-appointed normalcy arbiters sitting behind judges’ benches, desks, negotiating tables? What of this hierarchical farce will we remember on our deathbeds? What kind of castration, decapitation of the spirit does this kind of Kabuki represent?

Black rage is our rage, Black grief is our grief. The streets of our cities belong to its inhabitants—people of all colors— not tactical goons calling themselves “law” enforcement. No feeling human wants to see our streets reduced to vigilante killing grounds—as our streets in Detroit, Baltimore, Chicago, San Francisco, Oakland, and Ferguson, MO have become. No reasonable human being wants to see a return to ante- and post-bellum lynching. And that is what cop-on-Black murder has become: state-sanctioned lynching enhanced by firearms technology.

The ranks of speakers last night spanned the full social gamut. A dignified Amos Brown who spoke on behalf of the NAACP, advancing even-handed recommendations for changing law enforcement policy, and whom the chair admonished to cease abruptly because his two minutes were up—imagine interrupting a gentleman of such gravitas—at which some in the room shouted, “he IS the next speaker!” Reverend Brown was permitted to continue by the white woman chairing the meeting, a person clearly oblivious, or deliberately ignoring the explosive feelings in the room, and outside in the corridors. A speaker from the Bayview. who did not identify himself, addressed a police officer standing behind the dock allowing as how his stony face seen over many years in the neighborhood made him sick, the night’s most candid outburst from the heart.

For this writer, an elder born in Harlem 83 years ago, of Mexican-Swiss parentage, to encounter the cries of women, many of whom spoke last evening, whose sons had been immolated by the righteous posturing of the so-called “law,” brought the horrifying reality of  our bloodied sidewalks home. Cities—San Francisco and Berkeley included—shun the detritus and disorder of homeless people who have nowhere but the streets to go, but never, never have I heard complaints about pools of blood. Not then. Not now. It seems time that citizen priorities took a shift. 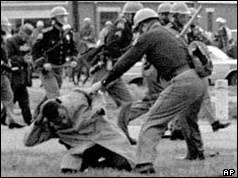 The breadth of feelings throughout this night of rage, of mourning, has hit me in the gut. Exhausted, I stumbled toward the elevator taking me from the fourth floor to the street.  My lone companion was a portly elderly gentleman wearing the kapelle and tsfilin of his people.
“Did you speak?” he wanted to know. But I did not speak. That Black sister’s recriminations were the catalyst that shut the meeting down. “Here’s what you should have said,” the elderly gentleman pronounced. “No, this is what I would have said had there been time for me to speak. I would have made the connection between US “law” enforcement culture and the training in urban warfare and ghetto occupation tactics provided by the Israeli Defense Forces, both domestically and in Israel to municipal police forces all over the U.S..” Clearly this gentleman to whom I spoke was Jewish, and clearly I took a risk, not knowing what his position might be. To my great surprise, he concurred. “It’s the beginning of a revolution,” he announced. “I am a Holocaust survivor. This country—I have watched it for many years—this country has become fascist.”

I walked into the chill of the night outside, accompanied by the Administrator of the Idris Stelley Foundation, an elderly but still glamorous woman who lost a son to police violence in the S.F. Metreon many years ago—one of the first such killings to draw public attention. I recognized her name. It is one name among so many thousands I still commit to memory.

Opposite City Hall, the greensward is marked with a huge illuminated Christmas tree, the pillars of City Hall are splashed with red and green lights, colors grotesque although meant to look festive, to mark the solstice, the Birth of a Christian icon of Peace and Love on Earth. And lining the opposite curb stands a phalanx of police, of  “law” enforcement officers to remind us that there will be no peace—ever—until justice—not just white justice—but justice of every color and stripe—has been served.