GETTING IT RIGHT- MAKING IT WORK


Cecile Pineda will be talking about the Apology to a Whale: Words to Mend a World project and signing books during the month of February: 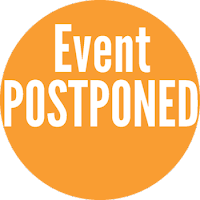 A link to this talk will be posted on this newsletter as soon as it becomes available thanks to a team of WILPF-Disarm/End Wars women who joined S.F. Occupy Forum. The WILPF  team is on a West Coast speaking tour ranging from Southern California to Bremerton, WA, home of the trident submarine, where a great part of the US arsenal is stored.

GETTING IT RIGHT- MAKING IT WORK

Apology to a Whale: Words to Mend a World makes the case that the sameold sameold doesn’t work. “Civilization” has resorted to it repeatedly, in disregard of Einstein’s dictum that repeating the same behavior hoping to achieve different results is a form of dementia, but unfortunately there’s no locked facility big enough to hold 7.4 billions of us and counting.

The good news is that pockets exist in the world, small enclaves where new ways of thinking are being implemented. None of them are entirely radical because none are entirely  free of the taint of the old culture. This week, a number of such projects modeling significant change have caught my eye.

•Obama announced a ban on solitary confinement for juveniles in federal prison.

As such, neither development signifies a radical re-thinking of incarceration itself. Both initiatives still carry the taint of old ways of thinking.

•In response to growing popular outrage against the militarization of law enforcement, exemplified by police lynchings of people of color, and police violence accompanying arrest of demonstrators practicing civil disobedience, some police forces are rethinking use of force practices.

•Last year for the first time, New York City allocated a line item in its budget to develop worker-owned cooperatives. And the number of worker cooperatives in the city has tripled since 2014. Foundation grants have been made available to owners who may be thinking of transforming entrepreneurial businesses into such cooperatives.

•Movement Rights, a new organization, formed just over a year ago which focuses on the Rights of Mother Earth, is working with indigenous people in California and nationwide in efforts to ban fracking, oil trains, and other unnatural disasters, modeled on a study of Cultural Survival’s New Zealand Project among the Moari, “I am the River, the River is Me, giving the rights of a person to the Whanganai River.

•As of now the EPA joins the Surgeon General’s early warning system, a reflection that health of the body is metaphor for health of the planet. Modeled on gas pump labels in some provinces of Canada, and in response to the threat of climate change, the San Francisco City Attorney’s office drafted a proposed label to be displayed on city gas pumps. But when we give up driving altogether for public transportation and walking, we’ll be lots farther along the road to stemming some of global warming’s impacts.

Posted by Cecile Pineda at 2:31 PM