Secretary of State has said the CA Primary hasn't been fully counted and is NOT certified until 7/15/16!!!!!!! To date, they have approx. 3.5 million votes counted out of 18 million registrants!

We recommend that provisional voters and ALL Voters do NOT switch party affiliation until they've proven their vote was counted or else ... lawsuits & civil action will prove that election fraud did occur in CA and across the nation in other states as well.

There are hundreds of professionals battling this 2016 election fraud as we speak. Additionally, many Facebook users and groups across the Internet and elsewhere are urging voters to leave the DEM Party and switch affiliation now to show the Establishment we are finished with a broken system! Still, since Bernie has told us we are going to the DEMOCRATIC National Convention, we will support the #seeyouinphilly movement, online or in-person.

Once again...Counties are attempting to switch Dems and NPPs before provisional ballots are counted in CA!!! Switching Affiliations before the election is certified in order to make votes for Bernie void. 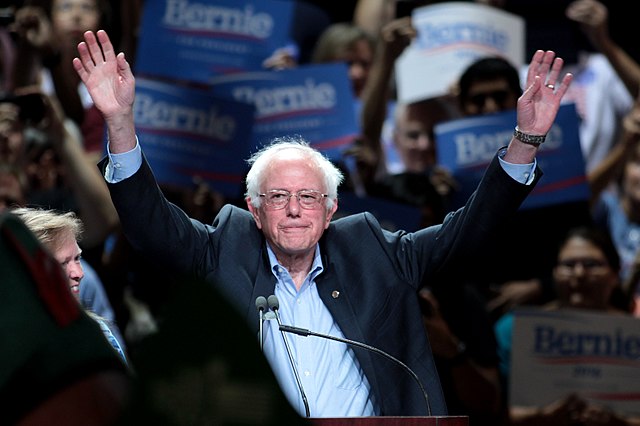 We need to be on top of our info! Please tell all of your CA friends to check the status of their provisional and mail-in ballots here:

And...to pass informative and corroborated links on to their friends. If election officials cannot confirm ballot status by July 15th, report it here:

TO ALL BERNIE SUPPORTERS:


The only way Bernie can get the Democratic nomination is by way of superdelegates.  Many are already pledged to vote for Hillary, but they are allowed to change their vote at the convention in July.  This is how Obama received the nomination 8 years ago; many superdelegates changed their plan and voted for him.

The superdelegates from your state will listen to you. With the link above, one email will reach every Clinton superdelegate from your state. There is a space to put a message of your choice.   You can even write them every week, with a new message.  Urge your friends and neighbors to do the same. http://www.lobbydelegates.com/delegates.php

Here is a sample letter- people are welcome to use part or all of it, or design their own.

As you cast your vote at the Democratic Convention, please consider:

Her disregard for security while holding this key position bodes ill for her ability to make good decisions and safeguard US security if she is elected president.
Please feel free to use part or all of the above sample letter, or write your own. Please forward this newsletter to all your lists throughout the country.