By Water or by Fire

My colleague, who chooses to go by AA Guy, refers to Mother Earth as MOM.  Do you think maybe when Harvey hit Houston, the Petro Metro center of the U.S. fossil fuel industry, with an unprecedented 51 inches of rain, do you think maybe it’s a sign it’s not nice to fool with Mother Nature? At a time when no official U.S. government document or publication is allowed to mention the CC word (Climate Change in case you’re not use to seeing two caps) do you think MOM might be hitting back?  If the voices claiming global warming is caused by human activity (anthropogenic climate disruption – ACD) on earth cannot make themselves heard against the clamor of the Kochs, the meretricious media, and the U.S. government’s official policy, do you think that maybe Mother Earth is making her last stand? 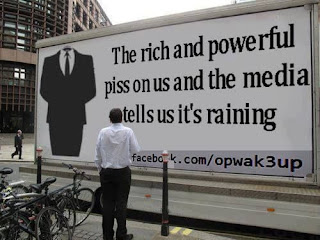 This hurricane/wildfire season has seen damage on an unprecedented scale. As the administration’s mouthpiece has trumpeted: “You have no idea.” Unless you have been ordered to evacuate (whether or not you’re either too poor, or too without gas to do so), you can have absolutely no idea what it’s like to live in a zone impacted by a fire so savage and uncontrolled that it can leap the Columbia river; no idea what it’s like to drown in 51 inches of rain, no idea what it’s like to find 90% of the housing on your island no longer habitable, with everything in ruins.

Consider signing Up for the next Climate Reality Leadership Training. Seriously.

Consider signing up for The Conference to Save the Environment.

There are issues threatening not just human life, but all life on the planet: the emergent (that is instant) issue of nuclear war; and the slow destruction by climate collapse. Now more than ever, concerted pushback, by applying appropriate technology is called for. Which is why this week’s Roses focus almost entirely on technological solutions; and why our feature article, #Unrig focuses on a human-based pushback tactic. 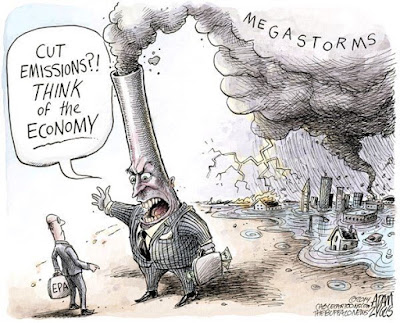 #Unrig: An Idea Waiting to Happen

#Unrig (which stands for unrigging a rigged system) is an idea whose time may have come. It’s here in this week’s newsletter for your consideration. The idea itself, above and beyond its proponents merits careful consideration.

Its proponents: Cynthia McKinney, Black former member of congress who was gerrymandered out of office by vested interests because of her unwillingness to bow to AIPAC, and corporate donors, and Robert David Steele, a former Marines Intelligence Officer, CIA case manager, libertarian, and self-avowed right of center person, and the only one from that sector who seems to be calling for the shut down of the nearly one thousand US military bases worldwide.  He wears a black polo shirt emblazoned with their logo #unrig; and she wears a white polo with the same logo (in black of course.)  In the video from time to time you will see him staring into space; you will see Ms. McKinney engaging with eye contact.

But these two, strange bed fellow as they appear, are not Black Spy, White Spy next generation escapees from Mad Comix. They are proposing a solution to the collapse of the American political system: As background they point to the need by power elites throughout history to use divide and conquer as their fix-all strategy for remaining in control. To unrig that control, they propose a coalition of Right and Left anchored on points both hold in common.

Their field of operation is narrowed, as those of us know who may have paid attention to the U.S. constitution and to U.S. political practice, by the confines of a winner-take-all system as opposed to a parliamentary system of proportional representation. But within those narrow confines, they are waging a bet that enough maneuverability may be had to unrig a rigged political system.

Here they speak for themselves.

It is important to listen to them critically. The image they present alone acts as a powerful educational model. Beyond the TV based politics of image, their ideas tend to range all over the map from open source technology, to the culture of the deep state., and the embrace of a Summer of Peace. Steele basically wants to concentrate of Election reform legislation; McKinney wants to go even deeper by awakening popular engagement the other 1459 days between election cycles. But their main talking points stress how an example of opposites coming together for the common good may have the power to spark a national conversation at a time when the country has been polarized as never before.

By curious coincidence illustrating the potentials of negotiation, with a by-partisan assemblage of congress people in the Oval Office, Trump hosed his base with cold water, going with a Democrat proposal to reduce the debt limit to three months (not 18 as his base had hoped, timed to fall just past the 2018 election cycle) with the emergency funding to deal with Harvey’s devastation in the balance.

#Unrig’s approach is based on their study of action research, its goal to put people of all stripes and belief systems at the same table. Will they succeed? Yes, with citizen support, which is what their debut tour is designed to engage, but a number of their references allude to persons whose backgrounds are seriously questionable, such as John McAfee, and Martin Armstrong.

The more important question, divorced from the cult of personality,  is WILL THE IDEA SUCCEED? It needs to succeed and to find the traction that critical mass alone can lend it if the moribund corpse of US politics is to be resurrected. And that depends on us.


A Parade Float of Roses This Week

The Lotofen Declaration signed by 220 organizations in 55 countries projects an immediate end to new oil, gas, and coal development, and a managed decline of fossil fuel production.

In July 100 major companies officially pledged to switch to 100% renewables.

IKEA sells solar panels and batteries in the UK and teamed up with the UN to power a Syrian refugee camp with solar energy.

Tesla is providing grid stability in South Australia with a wind farm and partnering with Neoen to deliver its lithium ion battery. Its massive solar battery plant will power Kauai. and Ta’u in American Samoa.

In Scotland wind has supplied 57% of total energy needs, in part from the world’s first floating wind farm.

In every US state, clean energy employs more people than fossil fuels. with solar the top employer in the electric power sector.

The solar industry is creating jobs 17 times faster than the rest of the US economy.

377 US mayors pledged to honor the Paris Accords.

Something for social scientists to grapple with: why do most Americans now agree that climate change will harm Americans, but it won’t happen personally to them. (Risk perception is what distinguishes between elites and minorities.)

Seven American cities (out of 35,000) have achieved 100% renewable electricity.

Thirty American cities (out of 35,000) are planning to run on renewables in 20 years.

In denial states in fly-over America, authorities have to frame the need for renewables as not based on climate change, but as “energy savings, smart growth, and natural resource management.” (Like calling birth control family planning).

Best news yet!!!:  Fighting Keystone KXL pipeline, farmers whose land is along the route are putting solar panels up to block its path.
Posted by Cecile Pineda at 1:27 PM