This week’s news carries one of the very best “Roses” of all time: the Delhi High Court upheld the Indian Patent Act, which states that both seeds and all life forms cannot be patented; it upheld as well the Protection of Plant Varieties and Farmers’ Rights Act of 2001 which rules that key plant genetic material cannot be patented, this after over a quarter million Indian farmers committed suicide between the years  of 1995 to 2013, with the rate accelerating 42% in more recent years. Their desperation being forced to buy GMO seeds year after year (rather than the traditional method of saving seed), and the enforced use of fertilizer and pesticides, cornered them on a road with no return.  Compounding that road is the predatory land policies of the Indian  zamindar class of land-holders, and the cultural devaluation of girls, which forces on farmers the dowry system, although in her lifetime, a woman’s work easily surpasses that of men’s.

It is hard to imagine that such a national court judgment could have happened without thousands of farmers marching all over India to assert their rights. The most recent march saw 30,000 farmers walking on foot in sweltering heat, five days, (180 kms.) to Bombay to lay their concerns at the foot of the regional government. The take-away here is that a peasant class assures a civilization that the soil and the seed by which is feeds itself will be protected. Central to Life on Earth is the question of where Humanity finds itself now.  The Earth by every indication is telling us exactly how small and powerless we are in the face of her great movements of climate disruption, rising temperatures, ocean acidification, polar ice melt and so forth.

And central to human life on Earth is understanding our insignificant place here, freed of the hundreds of years of so-called “civilization,” which have caused us to lose track of what is most important to us AND to all life on earth: how we live, how we manage to survive.

We do not survive by thinking, we do not survive by video game, we do not survive by talking aimlessly. We survive as do all other life forms, by eating.  What we eat does not come out of cellophane or plastic wrap, it comes from the stoop labor of millions of farmers, in Third World countries —most of them women—and by our indentured servants in the far Western world: the Mexicans and Salvadorenos, and Hondurans,—mostly indigenous people—who somehow manage to penetrate our borders to put food on our tables, the lowest paid, and most despised workers in the United States.

That is why what we eat is linked to so many other issues plaguing us now: immigration and detention policies, racial policies, oil, gas, and pipeline-derived “energy” policy, and militarism, the greatest polluter of all. Fragmentation prompts governments and people the world over to obscure our main issue:

1) The planet is becoming hostile to life on Earth.

2) Our own existence as the humans we like to think we are is threatened.

That is why the decision by the Delhi High Court is a decision that affects us and all life forms as well.

Here are 12 things you can do to prolong life on Earth:

Despite mounting concerns from the international community, Israeli soldiers reportedly killed at least four more Palestinians and injured hundreds last Friday as the March of Great Return continued for the fourth straight week according to Common Dreams. Palestinian women are acting as human shields, keeping to the foreground to protect the men.  Tents are arrayed all across the border, each bearing the name of the town they were forced to abandon in 1948. Conditions in Gaza have been steadily deteriorating since then, and now Palestinians of the new generation find themselves at a break point.

Query your DA re: justice for immigrants. 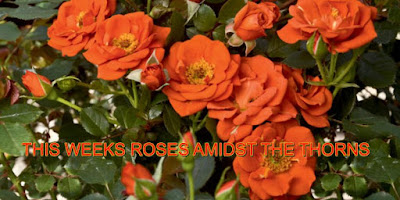 On Earth Day, the Global Union Against Radiation Deployment from Space (GUARDS) warns it is essential the public recognizes what experts have long known: wireless radiation harms insects, birds, and trees. As yet no global action has yet taken place.  The 2010 Report on Possible Impacts of Communication Towers on Wildlife Including Birds and Bees, commissioned by India’s Ministry of Environment and Forests, reviewed the literature on health and environmental impacts of wireless radiation.  900 peer-reviewed studies show wireless radiation causes negative biological effects on humans, other animals, plants, wildlife, bees, and birds.

A mistrial was declared in the two-day trial of the Plowshares, freeing three Des Moines drone-command protesters.

California Assembly passes bill protecting all from ex-gay therapy.
Posted by Cecile Pineda at 10:55 AM