There's More to Vax Than Meets the Eye

We’ve been immersed in our COVID  world now for nearly two years, with a new “variant,” Omicron, raising its spikey head, fomenting press and panic in the Big Pharma racket, and causing a new wave of pain emblemized for me by seeing another man sleeping on the same sloped lawn outside the university student housing, that I first saw more than a year ago.

Somewhat removed from the American vaxxer vs. anti vaxxer tug of war, I still receive screeds from a few colleagues who pepper my inbox with their cries of outrage, outrage mostly at finding their personal liberty infringed upon. But just yesterday, one whose mind I have found sound and reliable sent a barrage of articles and youtubes, including a transcript of an address Giorgio Agamben gave before an Italian parliamentary body as recently as last month. Giorgio Agamben is a noted Italian philosopher whose name is typical of the Veneto, one of Italy’s northern regions. He first came to my attention through the work of Mau, a Polynesian dance company whose high concept production, Tempest Without a Body, probably the most profound piece of theater I will ever have viewed in a long life-time of theater viewing, was grounded in his work.


His address is devoid of fluff, a scant few paragraphs really, entirely lazer focused on its two points The first addresses the proposed Italian Parliamentary Decree that all citizens must now be obliged to carry a “green pass” (the Italian equivalent of our vaccination card) which implies that the government accepts no responsibility for any damage brought about by Big Pharma’s un-fully-tested vaccine.

His second point addresses the political problem of the “green pass,” which forces people to get vaccinated if they want to eat, have a social life, work a job, or generally try surviving.  The over-all picture he paints is of a society based on control-as-the-accepted norm. He further elaborates his point by drawing parallels with the Soviet and the Italian Fascist models.

Now imagine the U.S. congress inviting a philosopher to address one of its august bodies. What public intellectual might be considered worthy of such a summons let alone listened to? What hoodlum of greed, of financially stratospheric kleptitude would have to fit the bill?

In other pandemic news, one headline reads “Moderna  refuses to share vaccine recipe with all of Africa as Omicron rises.”  Another reads “First U.S. case confirmed as WHO chief decries failure to share vaccines globally.” Profits for Big Pharma come first over kicking the pandemic habit; greed will guarantee that people of the world continue to suffer until the entire world is immunized—which at the rate we are going will take the next forty years.. The other very significant article reports publication of Robert Kennedy’s new book, The Real Anthony Fauci: Bill Gates, Big Pharma, and the Global War on Democracy and Public Health. The link worth a read. A brief précis for folks with shorter attention spans can be found here.

Kennedy has chosen to  expose the Byzantine machinations undergirding the U.S. approach to immunology.  He has this to say: “For five decades Tony Fauci has been essentially a Big Pharma agent, nurturing a complex web of financial entanglements among pharmaceutical companies and the National Institute of Allergy and Infectious Diseases (NIAID) and its employees that have transformed NIAID into a seamless subsidiary of the pharmaceutical industry…. [He] does not do public health; he is a businessman, who has used his office to enrich his pharmaceutical partners and expand the reach of influence that has made him the most powerful – and despotic – doctor in human history.”

Prior to all publication, the book industry in the U.S. makes sure to review all copy with a fine-toothed comb to guard against any liable suit.  You can be sure that Kennedy’s book is vermin-free.

Hope from the ground up

In all the dithering and delay by the WTO which postponed their latest scheduled meeting—a meeting which to consider a temporary waiver— owing to the emergence the Omicron variant. Some time ago, Senator Paulo Paim of Brazil proposed a bill that allows Brazil to bypass the barriers originally erected by TRIPS (Agreement of Trade-Related Aspects of Intellectual Property Rights) which according to its Article 73 allows each government to take whatever action it considers necessary to address the pandemic, including suspending property rights.  Paim‘s bill, which passed both Brazil’s House and Senate, provides  a permanent provision for overriding IP monopolies on essential technologies needed to address such health emergencies as the current pandemic.

This development had the potential of providing the entire Third World with a viable alternative model, had not Bolsonaro vetoed many of its provisions, resulting in the Senate charging him with “crimes against humanity.”  At present, because the Senate missed is deadlines restoring the bill’s original provisions following Bolsonaro’s mangling, it must now act quickly to eliminate Bolsonaro’s cuts.

Tune in next week.

DEMAND the extra $25 billion Congress wants to allocate to the Pentagon go to producing COVID vaccine to end the pandemic worldwide. 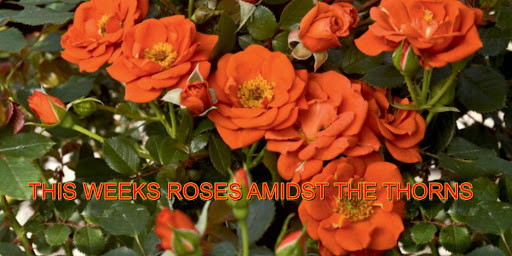 WHO chief urges pandemic treaty to avoid another ‘crisis of sharing and solidarity.’

NATO parliamentarians send letter to Biden for no firth-use policies.

Germany to get Green Ministry of Economy, Energy, and Climate in boost for President Biden.

Venezuela’s socialists win election in landslide as U.S. tries to discredit them.

What a concept department: Despite over 60 year old U.S. blockade, Cuba develops its own two highly effective vaccines, immunizes 80% of its population and is on the verge of sharing its vaccines with impoverished nations abandoned by Big Parma and wealthy countries.

In Nicaragua, Sandinistas win landslide victory because they uplifted the poor.

Seven-day march of over a million people in defense of democracy concludes in La Paz, Bolivia.

In Argentina Macri indicted and banned from leaving country.

For the sake of peace, anti war groups demand Biden return to nuclear deal with Iran.

Presidents Joe Biden and Xi Jinping agree that nuclear-armed countries should not be able to gain decisive advantage over one another.

Amnesty’s General Secretary calls for Assange’s immediate release because is detention is arbitrary.

Norway calls on  NATO to stay away from its border with Russia.

Battle over Canada’s Jordan Cove Energy Project is over after developers pull plug.

200+ groups to Democrats in Congress: No holiday recess until you pass voting rights.

‘For profit healthcare hurts all of us”: Sacramento, CA approves single-payer resolution.

Chicago tortilla workers walk out and win day off work.

Posted by Cecile Pineda at 4:30 PM