This week's newsletter is the expression of my deep grief and outrage at my country’s continuing piracy. First, the text of paragraph one of Mr. Biden’s letter to me from the White House:

Thank you for writing.  The United States went to Afghanistan two decades ago with clear goals:  to take out the terrorists who attacked us on September 11, 2001, to deliver justice to Osama bin Laden, and to keep Afghanistan from being used again as a base for attacks against the United States.  We eliminated bin Laden a decade ago, and al Qaeda has been severely diminished.  Our only vital national security interest in Afghanistan remains today what it has always been:  preventing another terrorist attack on American homeland.  That mission is enduring, and we will continue to monitor and disrupt terrorist threats emanating from Afghanistan with our over-the-horizon capability, just as we do to meet the terrorist threat in countries all around the world. 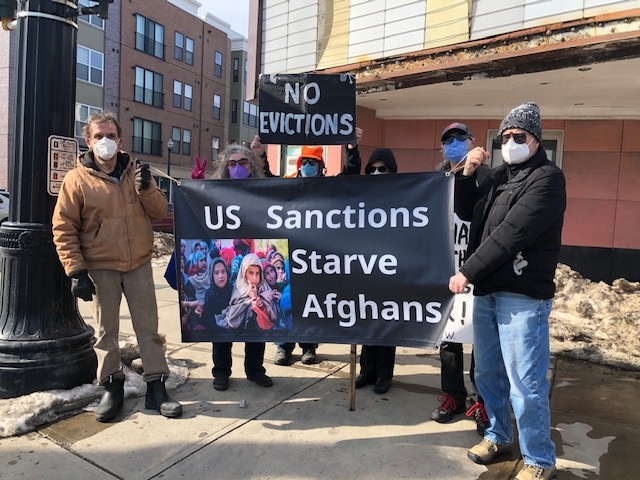 What follows is my response:

I am taking the liberty of returning your letter.  I am not sure who may have written this letter, whether it comes directly from you, or an official letter writer, or a speech writer, but it is written over your signature, suggesting my response needs to be addressed to you.

Regardless, whoever is its author needs to be set straight: by now too many U.S. citizens know the facts as outlined in your paragraph one to be entirely otherwise viz.

This poor country was NOT attacked by Afghanistan on 9/11.  All but two of those so-called “box cutters” were Saudis, not Afghans. 50% of New Yorkers knew the day of 9/11 that something was amiss, and the official narrative of the United States about the demise of bin Laden does not align with what really happened either viz. Seymour Hersh: https://www.youtube.com/watch?v=N3COsYaJ47o

Quite frankly, to receive a letter under the seal of the White House, containing such a web of fabrication is an embarrassment and an insult to the intelligence of the citizens of this country, and a sure fire way of ushering in Mr. Trumpster for another x  years, (because 4 will not contain him).

I am perhaps naïve to insist on love of my country’s people, and to receive a letter containing such egregious falsehoods betrays my faith in my own country. I believe I am within my rights as a citizen to insist upon a public retraction.

Collective punishment as visited on the Afghan people by impounding their treasury is an act of piracy and an outrage against humanity: their treasury remains theirs no matter how it is divied up between squabbling lawyers and lobbyists (viz, https://theintercept.com/2022/02/16/afghanistan-funds-biden-september-11-lawyers-lobbyists/) the victims of 9/11, and the U.S. government. That my country is the agent of nation-wide Afghani starvation, of people needing to sell their own children and their kidneys to stay alive and that such criminality happened on your watch is beyond shamefully unconscionable. For anyone who has ever known hunger, such collective punishment is beyond unthinkable: it’s a towering crime against humanity.


May the United States never see such days of destitution and desperation visited upon its people, with the exception of 41% of our children now cast into poverty with the expiration of the Child Tax Credit and the official half million of us who now have to make our homes in tents along the railway rights of way and byways of this country.

DONATE to the Earth Activists Emergency Fund for Afghan Relief.

READ “UN has millions  in Afghanistan bank, but cannot use it.”

READ Kathy Kelly on “Americans Must Realize the Pain They are Causing the Afghan People.”

READ Phyllis Bennis on: “Washington’s War in Afghanistan is Over, What Happens Now?”

LEARN about the Ban Killer drones campaign and taking action.

Sen. Ossoff files first bill in U.S. history ever guaranteeing the voting rights of every American.

Nevada Dems sound alarm over ‘single most vicious vote-suppression attempt yet by GOP.

Posted by Cecile Pineda at 6:27 PM