AND THE BAND PLAYS ON AND ON

Does it seem a little strange that 300 million people are going on with their lives as if there’s nothing wrong? Falling into lock step right along a figurehead who:

1. was elected by stolen election where flipping and stripping were able to compensate for a lack of enough white men’s votes;

2. who despite lacking nearly 3 million million additional popular votes has been approved by the Electoral College, a body appointed to make sure Americans enjoy spectacle, but not too much democracy;

3. has recalled every single one of the country’s ambassadors and their families, who must be out by inauguration day, a unprecedentedly accelerated process;

4. has left the agency supervising the U.S. nuclear arsenal with no one in charge, 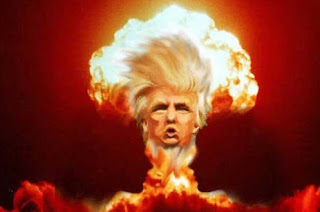 5. and whose coming to office was largely enabled by a press whose bottom lines swelled with ever more banal accounts of the man’s lack of gravitas,

6. the very press that now falls into lock step with the intelligence services
of this late great empire to dredge up the most incredible and undocumented reports of his embroilments with Russia and his affection for Miss Universes willing to oblige his quirky penchant for urolalia, defiling the sacred hotel bed hallowed by the frolicks of the late great emperor and empress in former times,

7. while 3000 troops and military materiel is unloaded in Bremerhaven and sent by rail or sea to the Baltics, directly on Russia’s border in preparation for a war with Russia; 87 battle tanks, 144 Bradley fighting vehicles, and over 3,000 troops are now on their way from Germany to Poland. 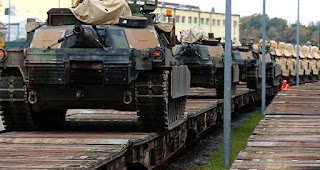 8. and the American public seizes up, convulsed in a frenzy of swaying to the music as if nothing is remotely out of joint.

How’s that for multiple delusional folly?

Has “Democracy” become just a hollowed out perpetual motion machine that can’t be stopped?  Who can throw the monkey wrench to stop the musak?
Welcome to the global Wizard of Oz being played out on the overheated planet’s stage for all to gape at! What’s going on behind the curtain, Toto?  This ain’t Kansas anymore. But Dr. Marvel’s machine grinds on.

1. The man with the cheeto hair will occupy the highest office of the land.

2. His cabinet of horrors will all be sworn in to wreak their climate-warming denying havoc on a planet whose very life hangs in the balance. 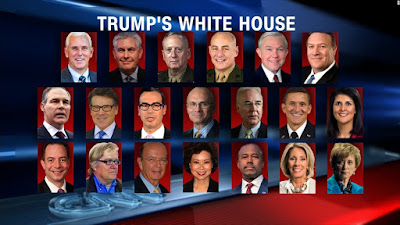 3. Well behaved throngs will continue to hold signs and espouse non-violence just like Gandhi said with
Marches (which one are you going to?)
Protests
Vigils
Witnessing
Shouting out in the inner sancta of government.

4. while last year the bomb factory continued dropping three bombs every hour on countries with people whose skin is not quite pink: Libya, Yemen, Syria, Pakistan, Iraq, Somalia, Afghanistan, who—most of them—speak Arabic, and pray five times a day to a sky god called Allah, who unlike Jesus, speaks no English.

5. while the bombmakers become even richer as the

6. millions of bodies piled up, too quickly to be buried in anything but mass graves. (Women and children take up less room.) 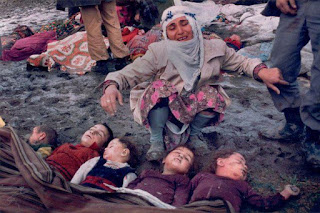 To mark the twelfth anniversary of the opening of Guantanamo, just in time to
receive all the prisoners guilty of having been sold to the US forces for ransom, commemorating the nine people who have died there, at least two under mysterious circumstances, some nine of us (and a reporter) a few in orange jump suits and black hoods, stood before the flag of empire flapping in the front yard of the Department of Homeland Security, at 450 Golden Gate Avenue in San Francisco, reading letters from the 55 human beings still confined there. 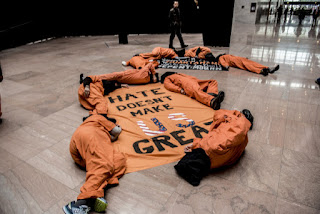 This poem was read:

The Gulag Archipelago banned at Guantanamo
(Alexander Solzhenitsyn’s book was recently banned there.)

I am the sweepings from the torture floors:
fingernails ripped from flesh,
teeth knocked out,
hair yanked from follicles,
testicles smashed and severed,

broken coke bottles
used to rape unruly women,
and sometimes men,
their glints obscured
by blood and mucus:
the vomit of empires.