Before rooting out psychotic behavior, it’s useful to get to the bottom of it. Now that the hounds of war are braying for expanded armed conflict in Syria through their mass media mouthpieces, (including Noam Chomsky and Democracy Now), laying responsibility for a false flag sarin attack on the Assad government to justify yet another endless war, it might be a good idea to get a grip on just where the American trigger-response for bloodlust originates. (Meantime, a Russian war ship is steaming toward the US destroyers that launched the Syria strikes.)

Who knew—did you?—that the behind-the-enemy-line expression “in country “ is short for Indian Country? I was one of millions of oblivious Americans until I read* Roxanne Dunbar-Ortiz An Indigenous Peoples’ History of the United States published in 2014. This expression, which continues to be used by both military and media, originated in Vietnam. Its on-going use is there to remind us of the origins US warmaking history.

Dunbar-Ortiz points out that the American-Indian wars are still on-going. (More recently Americans witnessed events at Standing Rock where once again, the Sioux have been displaced from land rightfully theirs according to the Treaties [1851 and 1868] of Ft. Laramie.) What has ended on domestic soil is the romance of the frontier. And without the frontier, America has serious identity problems. Solution? Just expand the frontier globally with 200,000 troops actively deployed in 177 countries throughout the world(of a 1.1 million total troops on active duty), practicing the same scorched earth, and high collateral damage (civilian) body counts that characterized the American Indian genocide so that by the turn of the 21st century, the US military machine had overrun the entire earth, ready to wage take-no-prisoners war in five command areas, just as it had originally divided up Indian territory.

Dunbar-Ortiz goes on to cite numerous other parallels. In 2011 a Yemeni citizen imprisoned at Guantanamo appealed his conviction. The lawyer for the Pentagon, Capt. Edward S. White, wrote a brief in which he referenced the Indian wars: “Not only was the Seminole belligerency unlawful, but, much like modern-day al Qaeda, the very way in which the Seminoles waged war against U.S. targets violate the customs and usages of war.” The U.S. government stood by its precedent.

Perhaps the most shocking is the connection between the notorious August 1, 2002 John Yoo torture memos which legitimized the use of torture as national policy, relying on the language of the Supreme Court 1873 opinion naming Modoc warriors “unlawful combatants,” an expression it applied to Modoc Indian prisoners who, once so-identified, could be killed with impunity.

While the frontier proceeded outward, at first colonization proceeded inward, with the United States subjugating its darker native peoples, as “domestic, dependent nations,” from whom its “interests” demanded exploitation of that peoples’ lands and resources. The impunity continues. According to Ward Churchill writing 20 years ago, the US had already expropriated over 4 million acres of reservation land for weapons testing, land which is now contaminated for all eternity with nuclear fallout, causing cancer rates on some reservations 16 times greater than normal. Its domestic supply of subjugees exhausted, the US looked to exporting the same oppressions in such areas of the world as the Philippines, Diego Garcia, the Marshall Islands (also nuclear-contaminated for all eternity), Guam, and Hawaii among others.

With the civil rights movement of the 60s, came the Indigenous movements for self determination, emblemized by the Indian take over of Alcatraz Island in November of 1969. Here is the text of the treaty proposed by the Native American occupiers of Alcatraz: “We the Native Americans, reclaim the land known as Alcatraz Island in the name of all American Indians by right of discovery.

We wish to be fair and honorable in our dealing with the Caucasian inhabitants of this land, and hereby offer the following treaty:

We will purchase said Alcatraz Island for twenty-four dollars (24) in glass beads and red cloth, a precedent set by the white man’s purchase of a similar island about 300 years ago.
We will give to the inhabitants of this island a portion of the land for their own to be held in trust by the American Indians Government and by the Bureau of Caucasian Affairs to hold in perpetuity—for as long as the sun shall rise and the rivers go down to the sea.
We will further guide the inhabitants in the proper way of living. We will offer them our religion, our education, our life-ways, in order to help them achieve our level of civilization and thus raise them and all their white brothers up from their savage and unhappy state….” (Don’t you wish they’d succeeded? I’m sure the Syrians and the Yemenis and many others do.)

The fun poking was balanced by serious demands to establish a center for Native American studies, an Indigenous spiritual center, an Indian center for Ecology, a training school that would operate a restaurant and provide job training and employment, market indigenous art, and teach “the noble and tragic events of Indian history”.., and a memorial to remind visitors that the island had initially been established to imprison and execute California Indian resisters to US assault on their peoples. No where, in any of this Indigenous expression is there any trace of animus.

To quote Vine Deloria (of the Sioux Nation): “Name if you can the last peace the United States won. Victory, yes, but this country has never made a successful peace because peace requires exchanging ideas, concepts, thoughts, and recognizing the fact that two distinct systems of life can exist together without conflict.”

The overriding question is when and if the US will ever come to a place where it makes war no more. If such a phenomenon were ever to occur, the US would finally have to confront its founder’s guilt: the genocide upon which this country was established based on a racism which still infects its domestic and foreign policies.

*Recently I exchanged messages with a respected colleague who wrote that she keeps Dunbar-Ortiz’ book on her bedside table but can’t quite stomach reading it. I admit for me reading it has been a penitential act, but for those of the many of us who are sick unto death of eternal war, I offer a suggestion: Read it backwards. Start with the last forty-three pages. They will fortify you to attack the first chapters for background. And once you’ve closed the book, consider buying 500 copies for distribution to America’s school children whose brains are still being stuffed with settler-nation myths. 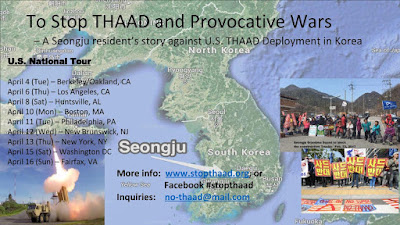 Please tell Speaker Ryan to let Congress debate & vote on military intervention in Syria. 59 tomahawks cost 82 million dollars, an expensive way to kill 8 children. Think of how many homeless that 82 million could house.

The newsletter will take  a spring break before outlining a basic scheme to put an end to militarism and publishing Part II: Cowboys and Indians: the Chickens Come Home to Roost.


This Week’s Flowers Amongst the Thorns:

Killer circle loses one of its own: Steve Bannon exits the NSA.
Nunes recuses himself from Russian probe.

Scott Pruitt’s EPA is investigating him for climate denial!

Twenty top US cities solar energy equals nearly as much installed solar as the entire US in 2010.

City of Portland becomes first US city passing an ordinance taxing CEOs who earn more than 100 times the median pay of their workers. The taxes so levied will raise enough to pay for the city’s homeless programs.

Baltimore Consent Decree approved by US District Judge despite administration’s request for a delay.