Do Trees Have Politics?

After reading The Hidden Life of Trees by Peter Wohlleben, this writer will never again be able to look at trees in the same way. But my politics remain unchanged. Trees offer the human (if we can call it that) race a planet-old reminder: no matter how fierce the competition, survival depends on communal organization! (That means us too.) 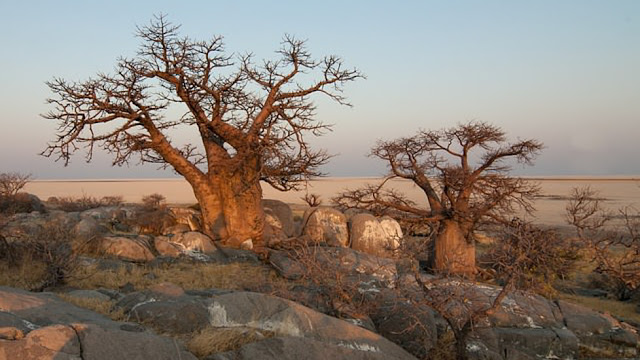 Darwin once famously quipped: Trees have their brains on the bottom and their sex on top. Perhaps that makes trees much more thoughtful beings than humans. For one thing, they limit their reproductive abilities: each tree, because of the exquisite balance of the forest ecosystem, reproduces itself only once each mast year, despite releasing into the environment as many as billions of seeds in the years it decides to blossom and fruit. (The year trees “decide” to fruit is referred to as a mast year.) And a community of forest trees “decides” unanimously what that year will be. In this story, there is an interplay of weather, sunlight, predators (deer and wild boar) and pests (fungi and bacteria). All are necessary, indicating that when humans attempt to make things “better,” the delicate balance of nature is disrupted, to the detriment of the entire ecosystem.  Forests are best left undisturbed. The political implications are vast: countries (I am thinking of Yemen, Iraq, Somalia, Libya and others) are best left undisturbed. 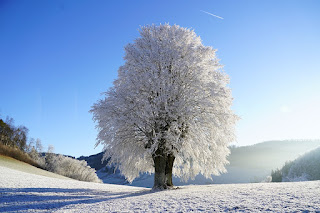 In my recently published Apology to a Whale, I quoted Wintu matriarch, Kate Luckie:
When the Indians all die, then God will let the water come down from the north. Everyone will drown. That is because the White people never cared for land or deer or bear…. The White people plow up the ground, pull up the trees, kill everything. The tree says, “Don’t. I am sore. Don’t hurt me….” The Indians never hurt anything, but the White people destroy all…How can the spirit of the earth like the White man..? Everywhere the White man has touched, it is sore.

Yes. Trees feel pain, but their “nerve” impulses travel much more slowly than ours, only 1/3 of an inch per minute because trees live in the very slow lane.  It may take them as many as 120 years to reach puberty. But unfailingly, they (like animals) take care of their young!  Yes. Tree mothers nourish their offspring with sugar transfusions until they are old enough to make it on their own. They do this by a nervous system which co-exists in a colonial arrangement (much like the Portuguese man of war): tree cells coexist with the cells of mycorrhizal fungi which connect their roots, the forest’s fiber-optic cable system (yes, Darwin had a point). (A curious question might arise if we speculated that human brain cells co-exist with other human cells in a similarly colonial arrangement). One teaspoon of dirt contains many miles of such fungal fibers. And some of these fungal systems occupy many square miles. As such, they are the largest living beings on earth, infinitely larger than the largest mammals. 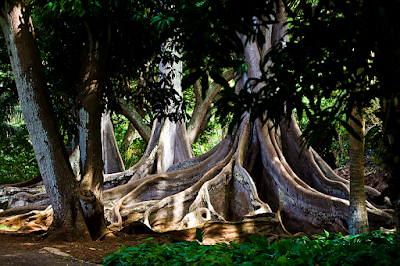 Not only do tree mothers nourish their own species, but depending on the delicate balance of sugars in their blood streams, because of intra species communication, trees of divergent species can exchange nutrients. In this way, the forest thrives because it requires the participation of every living being in its ecosystem—reminding us that there exists no other silver bullet than community organizing, and community resistance in a united front to successfully resist all invading pests, whether fungi and bacteria or our own toxic political systems. 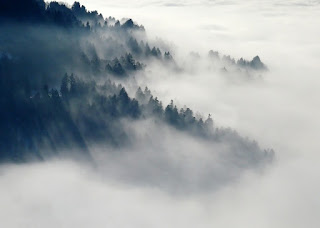 Lots of Lovely Flowers amidst this week’s thorns

None of these victories could have been won without YOUR resistance.

Blackfeet Nation to control its own waters after 35-year-long battle.

Chelsea Manning was released this week. History will mark her as one of this country ‘s foremost she-roes for all she revealed.

Louisiana to reduce its prison population down from 8% of its citizens.

Baltimore Action Legal Team partners with a coalition of racial and criminal justice organizations across the country to bail out mamas on Black Mama’s Bailout Day.

New York State beats California in being the first to pass Medicare for all bill.

Healthy California Act now on its way to the Senate Appropriations Committee as California advances another step towards single payer health care.

Financial Times declares that alternatives are already the winners in energy’s future, with fossils taking a back seat.

Sweden drops rape charges ag. Julian Assange, but he still faces harassment from harassers-in-chief, the UK and US.

Veterans for Peace to march In DC on Memorial Day with their message: Peace at home, and peace abroad.

Special prosecutor Mueller is assigned to investigate Russia/Trump ties, but surprise, Mueller has ties to the deep state.

Comey Agrees to testify in public.

Walmart agrees to reduce carbon footprint of its suppliers by one billion metric tons.

Attempt to repeal anti-fracking law fails in the Senate.

Sign here to help #DeFundPipelines this May as part of the Global Divestment Mobilization!

Earlier this year, activists and their elected officials began moving $5.4 billion out of banks invested in the Dakota Access Pipeline (DAPL). As you know, Trump ordered the pipeline built and oil is now flowing - and leaking. So we’re demanding that banks divest, not just from DAPL but from all the dirty pipelines transporting climate pollution throughout North America.

Sign here to force Trump to release his tax returns in order to reveal if and when he gets capital from Russian Mafia sources.
Posted by Cecile Pineda at 11:31 AM