And Now for the Good News

ACTION FOR THIS WEEK:

If you still bank at any one of the seventeen banks invested in the Dakota Access Pipeline, now is the time to divest by withdrawing your money, writing a letter of explanation to your bank manager, and opening an account in a credit union, which is less likely to fail if/when there is a run on the banks.

If you have already switched, the action for this week is to contact as many friends as you can to let them know why depositing with any one of these 17 banks contributes to environmental and cultural degradation.

•100 water protectors elect to face arrest rather than surrender on Lakota land ceded by the US in the Treaty of Ft. Laramie.

•Lakota Sioux vow to fight the DAPL in court. 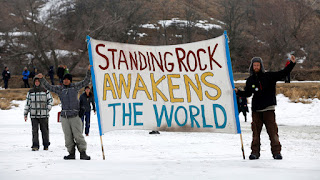 •Rep. Hank Johnson re-introduced the Berta Caceres Human Rights Act
calling for suspension of US military and police aid to Honduras  until the perpetrators are brought to justice.

•The European Parliament issued a resolution urging the Government of Nicaragua to guarantee the safety of Francisca Ramirez, and other peasant human rights activists for opposing construction of the great Nicaraguan canal.

•Arizona kills bill that would have classified protesters as terrorists.

• Supreme Court delivers a major victory for opponents of gerrymandering.

•Hancock drone resisters ruled innocent of all charges in an unusual case. 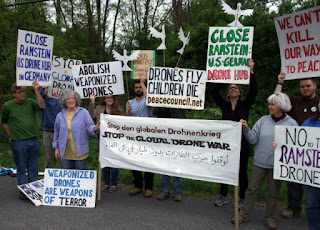 •Public Leadership Institute announces that elected officials in 18 states (including California) are all introducing legislation to protect or expand abortion access.

•New American Economy map shows contribution of immigrants to the economy
in 435 congressional districts, and the 55 largest metro areas.

•Texas pulls out of program for local police to act as immigration/deportation agents.

•S.F. Board of Supervisors passes resolution directing local law enforcement not to cooperate or comply with any attempt by the Trump administration to have people deported.

•Gov. of Sanctuary State Connecticut, Dannel Malloy, directs state and local law enforcement not to feel obliged to comply with federal requests to detain residents in the country illegally.

•Gov. Jay Inslee of Washington State mandates that state agencies and law enforcement not assist the federal government with civil immigration law enforcement, pointing out that protecting the state’s immigrants will also save Washington’s economy.

•Pranksy Banksy establishes Walled Off Hotel overlooking the separation Wall.
If you need to stay in Israel, here’s your ticket. 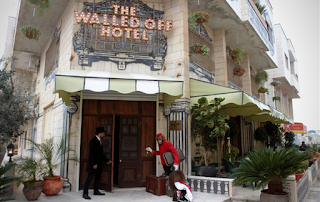 Posted by Cecile Pineda at 4:26 PM