Tokyo Olympics Must Go On No Matter What


The Good News This Week

Private prisons face class-action lawsuit for violating—yes, you guessed it—antislavery laws. “Once again, immigrants are at the forefront of actually trying to make our country great again.”

Washington State AG Bob Ferguson who beat back Trump's Muslim ban last month just filed a lawsuit saying the original court order he won already covers the new Muslim ban.
A day without a woman was observed throughout the country.

Water protectors’ fight not over. Tipis pitched in sight of the White House. 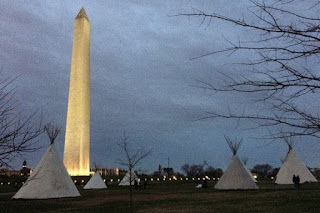 China State Council Information Office releases a human rights report on the United States. “Wielding the baton of human rights, the U.S. pointed fingers and cast blame on the human rights situation of many countries while paying no attention to its own terrible human rights problems.”

And the Not So Good News…

Tokyo Olympics Must Go On No Matter What

Early in 2013, PM Shinzo Abe stated to the International Olympic Committee that the  contaminated water problem at  Fukushima was totally under control, aware that if Japan was not capable of settling its contaminated water problems, it should not be permitted to host the 2020 Olympics. Somewhat later he admitted that his remarks were intended to relax the atmosphere of national anguish following the Fukushima catastrophe of March 11, 2011 where massive reactor explosions occurred, including one suggesting  its criticality had spewed radiological debris over much of northeastern Japan. Fukushima is located 150 miles north of Tokyo.

As of today radiation levels are at the highest level since 2011, the three core meltdowns cannot be remediated, nor can their level of radioactivity be measured because all robots designed to probe the wreckage burn out within two hours. Today SimplyInfo reported on a secret plan to tunnel under the reactors to remove the melted fuel.  No one knows exactly where the corium has settled, whether or not it has breached containment vessels, and if so, have radioactive plumes begun seeping into underground soils and water surrounding Fukushima.  Although fuel cores have been removed from the ceiling-located cooling pools of reactor 4, they cannot be removed from structurally damaged reactor buildings 1, 2, and 3 because radioactive levels are too high to permit approaching them. “Fuel rods are essentially time bombs of radioactivity,” writes Robert Hunziker in the World Financial Review.

On the hill behind the ruined plants, 85 thousand tons of irradiated water sit, waiting for the next major earthquake. At sea level, the flow of contaminated water continues to treat the Pacific like an open sewer. Forests in the Fukushima area are and will always remain contaminated. Roads in the area are posted with electronic signs announcing radiation levels. Road advisories report wind directions, suggesting that contamination may require motorists to turn off their fans and roll their windows up.

Nonetheless, because the government has suspended all living stipends to its 160,000 evacuees, leaving them without economic resources, they are being forced to return to live in contaminated areas. This in the face of constructing a new Olympic stadium at the cost of 153 billion yen, or $1.26 billion dollars. And the truth of Fukushima cannot be spoken aloud without incurring punitive consequences mandated by Act. No. 108 of 2013, the Protection of Specially Designated Secrets..

In order to deliver on their promise that the Japanese 2020 Olympics will be the most enviro-friendly games ever, the organizers are confronting both the potentiality of cyber attacks (the U,S. under the aegis of the NSA is running Japan’s cybersecurity), and the very real danger of a catastrophic earthquake.
Former Japanese ambassador to Switzerland, Mitsuhei Murata, wrote a letter to Dr. Thomas Bach, President of the International Olympic Committee stating that he believes the games should be cancelled and the preparations abandoned because of the worsening situation in Fukushima, which is being downplayed by the Japanese Government.

Against this background, the Government of Japan has every intention of going forward despite the objections of both Murata, and former PM Koisumi, , despite the French criminal investigation into illegal payments by the Japanese of $2 million to the company at the center of the athletics corruption scandal immediately before and after the Japanese won the games, and despite the debt of the Government of Japan, which stands at 245% of GDP, reaching a ceiling which may cause dramatic inflation coinciding with the start of the games, making prices prohibitive enough to discourage attendance.

Tokyo organizers want to hold soft ball and baseball games in the  prefecture of Fukushima, while rowing and canoeing could take place in Mayagi prefecture, both areas hit hardest by the 2011 disaster. Despite safety reassurances, Germany has refused to participate.

If the Japanese official relationship to reality resembles that of the United States, it’s no surprise.  Japan is a client state of the United States, part of the array of allies the U.S. depends on for its Pacific Pivot. Cancellation would make the U.S. nuclear industry, already economically limping, look even sadder. The games will proceed no matter what, but divergence between the expertise of those actually doing the decommission planning and those who have a stake in comforting public relations is glaringly obvious.

I am indebted to John Bertucchi and Roger Herried for help with research for this article.
Posted by Cecile Pineda at 4:27 PM