The world was made poorer by one life-time activist when, on July 25, Jerry Zawada died at the age of 80. By the time I met Jerry at the Nevada Test Proving Ground some years ago along with a Code PInk contingent protesting drone warfare at Nevada’s Creech AFB, Jerry could barely walk. But there he was with many others of us attending Chief Bob Bobb’s prayer ceremony on land appropriated from the Western Shoshonne by the U.S. government for its planetcide nuclear arms program.
Fr. Jerry Zawada was a nuclear resister, a peace and justice  activist, and a Franciscan friar. He served two years hard time in the late 80s for repeated “trespass” at Midwest nuclear silos (some 400-plus still on hair trigger alert), and a total of eighteen months for “trespass” at the genocidal “School of the Americas”, the U.S. training program for Latin American death squads. The Vatican censured him for advocating women in the priesthood, and for celebrating mass with them. In retirement, he supported migrants as they attempted to cross the desert at the Arizona border.
In 2010 Jerry wrote a letter to the people of Dai Kundi, Afghanistan, in the Dari language. He titled this letter Hamdard, which in Dari means “shared pain.” 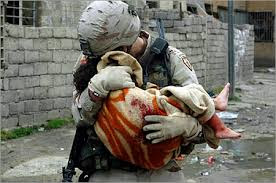 To my friends in Dai Kundi:

It's already over 9 months since 21 members of your families have been killed by NATO. How hard it must be  for you, for your family to continue without your loved one, an innocent victim of a war that should never have happened. It's not enough for me nor from a citizen of a country responsible for your personal tragedy to say "I'm sorry."

In some small way, I sense a little of your pain and I'm finding it hard to write when tears are clouding my eyes. This too is not enough. I'm so glad that three special friends of mine.., are with you now to express in person what I and so many who are so strongly against the hurt we as nation have brought to you and to your country. I pray that all this tragedy will come to an end soon. I wish I could be with you now and to work with you to end all warfare.

You are my family. I never want you to have to suffer this  way any more. With best wishes and a prayer that Allah blesses you and enables me to feel your hamdard. 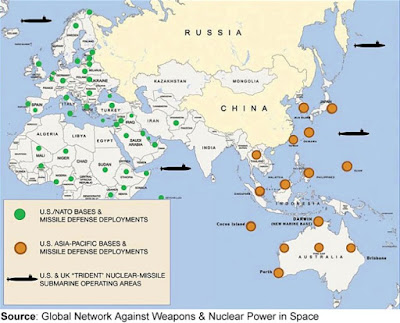 When headlines read: “Mosul’s Bloodbath: ‘We Killed Everyone – IS, Men, Women & Children’ or “Beauty of Our Weapons” in the War on Yemen” how many citizens of this waroholic country have reached their hamdard threshold to be able to write a letter such as Jerry Zawada’s? Are you one of them?

Because each one of us is complicit, every one of us over 300 million U.S. citizens owes such a letter to the people of Yemen (who face famine, and whose children are dying by U.S.-enabled hands), Libya, Syria, Afghanistan, Iraq, Somalia, Pakistan, and the many other countries where the U.S. is obsessed by “full-spectrum dominance,” and whose brave young men and women defend our right to take other people’s lives and their resources.

This year the U.S. Government is allocating over one trillion dollars for its perpetual war budget. The figure includes the Trumpocrat’s call this year for an additional $575 billion for the Pentagon. Besides including over one trillion dollars a year, the cost of war can also be measured in the misery of our people. This same government cannot afford

•universal healthcare for its population (of the world’s richest countries the US with the highest expenditures ranks last.)
•universal free higher education for its youth (unlike any number of other advanced countries, including Mexico & Brazil!);
•maintaining the infrastructure of its roads, bridges and dams;
•subsidizing mass transit;
•nutritious school lunches for its children;
•programs for the disadvantaged including low-cost housing,  prison reform, nutritious programs for poor women and children to name only a very few;
•A cabinet post for the arts; and a cabinet post for women

The U.S. disparity in budget priorities alone demands that every man-jack one of us becomes a full time peace activist.

Yet, it comes as something of a counterintuitive surprise that Peck’s Bad Boy in the White House has defied the Pentagon and the CIA on the subject of the U.S. proxy war in Syria by negotiating ceasefires. Because the MSM, in its complicity with CIA-style coup strategy, has tried hamstringing PBB at every turn, including ascribing PBB’s motive in Syria to “collusion with the Russians,” you need to depend on the Black Agenda Report or Information Clearing House for this remarkable piece of news.

Mistake me not, I am not ascribing motives of hamdard to PBB, but I am raising the question: is it better go along with mob rule 100% to demonize a foolhardy president or is it more appropriate to consider the consequences of each of his separate actions?

If you answered “all” four times, you are hamdard-sensitive. Please compose your own letter to the people of your own U.S.-ruined country of choice and send it c/o Kathy Kelly, Voices for Creative Non-Violence (vcnv.org) @ 1249 W. Argyle Street #2, Chicago, Ill. 60640, info@vcnv.org.

If you answered maybe some, or none, water got into your moral compass.


If you answered “don’t know” four times, call the undertaker.

Some Roses Amongst the Fortnight’s Thorns


On Friday July 14, a federal court rejected the Trump  administration’s effort to dismiss a lawsuit challenging the approval of fracking in federal waters off California.

Democrats (party of the carrot) won two seats in Oklahoma in a special election. (That’s two seats that are not Repuglican.)

And U.S. underserved citizens breathed a sigh of relief as their activism brought them a reprieve from Trumpcare-less.

Posted by Cecile Pineda at 4:59 PM