While North Korea Makes Overtures the US Saber Rattles

The Korean War is sometimes referred to as the forgotten war. It may have been quite overlooked by most Americans, but Korea still bears its scars and will for eternity. Now especially, with threat and counter threat, and in the face of an abdicating media, and the very fearsome possibility of a nuclear conflict looming, it is time to remind ourselves of exactly how the American economy hangs on two sectors, one of which happens to be perpetual war. (I leave discussion of the other for an issue on Afghanistan.)

This past week I had the pleasure of listening to three extremely well-informed women speakers who shared their remarks with us on the occasion of Nagasaki Day at Lawrence Livermore National Laboratory, attended by 200 peace advocates for a nuclear-free world and followed by the non-violent civil disobedience arrest of 42 of us. Here are the remarks of Christine Hong, who joined us last Friday morning from Santa Cruz where she teaches literature and specializes in Korean diaspora and Pacific Rim studies:

I am here speaking before you today because of the terrible urgency of the present crisis with North Korea and the need for those of us in the anti-nukes, peace, and social justice movements in the United States to mobilize en masse to push for peace.

Many of you who have fought for a world without nukes understand that the horror of the atomic bombings of civilian populations at Hiroshima and Nagasaki amount to a terrible stain on the American conscience. Some of you came of age during the era of the brutal American war in Vietnam, and you recall how youth and conscience-stricken people converged in protest, making that time period a watershed moment in the American peace movement. In more recent decades, some of you may have taken part in the anti-war protests, raising your voices in the lead-up to the unconscionable war in Iraq. These have all been signature moments in the grassroots struggle for peace.

By contrast, North Korea, a country that knows more intimately than almost any other what it means to be in the cross-hairs of the U.S. war machine and that the United States has repeatedly threatened with nuclear annihilation has hardly occasioned any organized grassroots action. North Korea does not weigh on the conscience of the American public, though it should. Most Americans have no sense of how intimately the current crisis with North Korea is shaped by the ugly and reckless adventurism of American warmongering and the overwhelming disregard that most Americans demonstrate when the deaths of others as a result of our foreign policy occurs far from U.S. shores. North Korea comes to us in media portraits not in its complex truth, but as a simultaneously cartoonish and demonic portrait filtered through the fog of war, so shrouded in jingoistic rhetoric that too many of us consent to its apocalyptic destruction in advance. 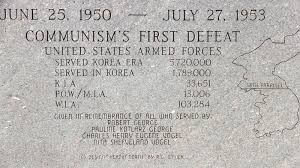 Yesterday we were subjected to Trump’s reckless challenge to North Korea, the most terrifying that we’ve yet seen from his administration: If North Korea continues to make threats against the United States, he stated, appearing to draw a red line with regard to North Korean speech acts, it “will be met with fire and fury like the world has never seen.” Given that his words fall around the somber anniversary of the atomic apocalypse the United States visited on Japan, we are again reminded that the policy-makers in Washington are afflicted with what Chalmers Johnson described as the amnesia of imperial powers. 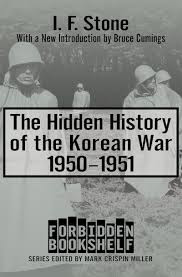 We don’t recall that at the root of the present crisis is the Korean War, a brutal, dirty, and unresolved war—a war ironically known in this country for being “forgotten” but that set a paradigm for subsequent U.S. wars of intervention to follow. Few, in the mid-twentieth century, during a time of McCarthyism, registered opposition to the Korean War. Paul Robeson was an exception, and he is an example for us now. In a critique of “armed adventure in Korea” that resonates to this day, he lambasted his fellow citizens’ “meek conformity with the policies of the war-minded, the racists, and the rich.”

Robeson unflinchingly observed that “the maw of warmakers [was] insatiable” in Korea. In an asymmetrical conflict in which the United States monopolized the skies, raining down ruin from on high, four million Koreans—the vast majority of them civilians—were killed. Chinese statistics indicate that North Korea lost an unimaginable thirty percent of its population. Civilian infrastructure was not spared. Dams, schools, any standing structure was deemed to be fair game; indeed, American bombers complained that there was nothing left for them to bomb. As the historian Bruce Cumings notes, it was during this period that North Koreans, whom he describes as the “party of memory,” learned how to live below ground. Three days into the war, Truman slapped a punitive round of sanctions against North Korea as an explicit part of his war policy—sanctions not as an alternative to war, this is to say, but as war—and North Korea to this day is the most heavily sanctioned nation on this earth. Against the conditions of the 1953 Armistice Agreement, the United States maintains roughly 30,000 forces and 100 military installations south of the DMZ—in stark contrast to China, which withdrew its forces from the peninsula within a short window of time. This is to underscore that for the entirety of its existence, North Korea has been subjected to a regime-change policy from the United States.

Just as most Americans did not register that the United States test-launched a Minuteman 3 ICBM from Vandenberg last week in a show of force aimed at North Korea—something that is, we should note, routinely done—so too do most Americans not know that at mid-century General Douglas MacArthur contemplated dropping “between 30 and 50 atomic bombs…strung across the neck of Manchuria” in order to create a zone of cobalt where no one could live for at least 60, perhaps over a hundred years, thus making impossible a Chinese advance from the north.In addition to placing nuclear weapons in South Korea for the duration of the Cold War in violation of the Korean War Armistice Agreement, the United States has threatened North Korea with nuclear annihilation on at least a dozen occasions: when North Korea captured the crew of the Pueblo in the late sixties, when Colin Powell threatened to turn North Korea into a “charcoal briquette” in the nineties, when North Korea was added to the list of permissible preemptive targets in the 2002 Nuclear Posture review during the George W. Bush “Axis of Evil” era, when President Obama announced he was sending two Stealth bombers to drop dummy nuclear munitions off the Korean peninsula in a simulated nuclear first strike against North Korea, when Trump administration officials have repeatedly declared that all options are on the table. The unresolved Korean War, U.S. threats of nuclear annihilation, and U.S. regime-change policy are the structural roots of North Korea’s proliferation

In this time of unprecedented danger, we have to be ruthless not in our threats but in our pursuit of truth, courageous not with our swords but in our willingness to confront our own denial. We have to recognize that North Korea does not require further U.S. intervention but rather that what we are seeing is a result of prior U.S. intervention and a state of unending war. The question before us is what a genuine peace means with North Korea. Few media outlets have reported on North Korea’s overtures to the United States. When it comes to North Korea, media coverage is all too often truly “fake news.” Yet these overtures, if pursued, might result in meaningful de-escalation on both sides. To be clear: there are peaceful alternatives at hand. Far from being an intractable foe, North Korea has repeatedly asked the United States to sign a peace treaty that would bring the unresolved Korean War to a long overdue end. It has also proposed that the United States cease its annual war games with South Korea. North Korea has cautioned the United States not to treat war as a game, especially in the form of the simulated invasion and occupation of North Korea, the “decapitation” of its leadership, and rehearsals of a preemptive nuclear strike. In return, North Korea will cap its nuclear weapons testing. China and Russia have reiterated this proposal. The United States, however, maintains that its joint war games with South Korea are simply business as usual and has not seen fit to respond. On August 21, it plans to proceed with its annual Ulchi-Freedom Guardian joint war exercises.

At mid-century, the vast majority of Americans were silent as this country went to war with North Korea. We cannot, we must not, be silent now.

Please endorse the petition to Presidents Trump & Moon to negotiate not escalate.

If you wish, also sign the Change.org petition here.

Join a Peace demonstration near you!

A Scattering of of this Week's Roses Amidst the Thorns


White House withdraws nominee, George Nesterczuk, former employee of  the Ukrainian Government, as Director of the Office of Personnel Management.
Posted by Cecile Pineda at 10:55 AM