HOW FAST CAN A G-MAN READ?

Nearly fast enough to break the sound barrier, as I discovered this morning. I phoned my trusty Scret Service at 7 AM to alert those serving and protecting that yesterday and possibly still today a howling mob of vigilantes had surrounded the Venezuelan Embassy in D.C. to threaten the legitimately invited American activist guests of the Embassy. Among these guests are recognizable (but unnamed here) figures from international peace movements among others. Their overnight stays are designed to prevent the illegitimate take over of a building belonging to the Democratically elected government of oil-rich Venezuela by a government and its puppet “president” appointed by the con artists presently occupying the government of the U.S. in D.C.

The glossolalia-afflicted officer  was temporarily flummoxed when I asked him if he might be reading at me from a text, but quickly recovered, he cut me off with a snappy “Good morning, Ma’am” before hanging up.

This morning, Kevin Zeese writing for Popular Resistance at
https://popularresistance.org/embassy-protection-collective-responds-to-tactics-to-drive-us-from-the-embassy/
writes that not only is the Embassy still surrounded, those offering support outside have been assaulted by the vigilantes, and the so-called “police” have done nothing to stop it, but  have arrested the victims of violence instead.

Max Obuszewski urges all concerned  Americans to phone the secret service at 202-406-8800 and 202 287-0001 to voice your insistence that the secret service serve and protect the guests and their support friends outside from vigilante violence.

He also offers the text of a letter which he urges all of us to send to the State Department at U.S. Department of State
2201 C Street NW
Washington, D.C. 20520
202-647-4000 (This number works with fewer loops, and gives you 15 supersonic minutes to say what you have to say. Let’s keep the connection so busy it breaks down.)

(But just try calling the PR number, 202-647-6575  X4   X4  X4 and ask to be connected to the comment line. It’s a fifteen minute loop which repeats itself, but if you engage in the charade long enough you will be prompted to press 8 for the comment line. Here’s what happens: A voice asks you to leave your comment and cuts you off after 15 seconds. Only supersonic speech allowed.)

There is no FAX number and the website is purposely designed to prevent any kind of clear interchange. Mike Pompeo is the current Secretary of State.

At this moment, the violent mob that you have allowed to continually commit acts of violence against persons and property at the Venezuelan embassy is actively working to smash in the doors while your officers give permission to the assault and explicitly refuse to intervene.

There has been no action that has divested them of the right to be inside the embassy or lawful process that could authorize removal.

Instead you are authorizing a vigilante group to attack the peace activists inside.

You must take action immediately to cease this assault, and ensure that there is no violence against the persons inside. They are in grave danger from the mob you have facilitated and authorized to besiege the embassy.

You are responsible for any acts of violence that will be committed against these peace activists inside the embassy.

I want to reproduce verbatim words from the bulletin which  the Code Pink team sent out yesterday:

“As part of the Embassy Protection Collective, I’ve been staying inside the Venezuelan Embassy in Washington, D.C. to protect it from takeover by Trjmp’s coup collaborators. On Thursday I came out to replenish food supplies, but was arrested as I tried to get the bread, salad greens, and other food back inside. Right-wing, pro-Guaidó/Trump supporters blocked the doors. Rather than helping me to get food to people legally inside the embassy, the police arrested me. I am charged with “throwing missiles”. I am not kidding.

Let’s be clear why we are inside the Venezuelan Embassy. We are there to protect it from a takeover by an unelected group of Guaidó supporters, a takeover that would dangerously escalate the conflict. If the opposition takes over the D.C. Embassy., the Venezuelan government will probably take over the U.S. Embassy in Caracas. The U.S. could consider this an act of war and use it as an excuse to invade. We can’t allow that to happen. That’s why, despite intense harassment and even a cut-off of our food supplies by right-wing thugs, our peaceful presence inside the Embassy continues.

Meanwhile, inside Venezuela, Guaidó’s continued call for a military uprising  threatens to plunge the country into a bloody coup that could lead to decades of war. And U.S. economic sanctions are leading to more misery. There needs to be mediation, like the Mexican government and the Vatican are calling for. We need your help to stop the coup attempt. Contact your representative in Congress now. Tell them to speak out against a coup and U.S. military intervention. Tell them to prohibit as unconstitutional military intervention in Venezuela at
https://www.codepink.org/embassyprotection?utm_campaign=may_3_national_vz_alert&utm_medium=email&utm_source=codepink

….A U.S.-backed coup in Venezuela would only serve the interests of the U.S. and Venezuela elite who stand to profit by taking over a country with the largest oil reserves in the world. We must prevent unnecessary bloodshed and suffering in Venezuela.”

Omitted here is any mention that Venezuelan oil is among the dirtiest of remaining reserves, and that it must stay in the ground if we are to have a future on this planet, and any recognition by the U.S. Government (and presumably by the Government of Venezuela) of any relation to climate collapse.

For more background information, you may want to listen to an interview by Francisco Dominguez on “Radio Informar” at
https://archives.kdvs.org/archives/2019-05-02_5459_320kbps.mp3/ Skip the music by going to 6:45; and hear Medea Benjamin at 30 minutes.

Please see above to initiate phone calls, and write letters. 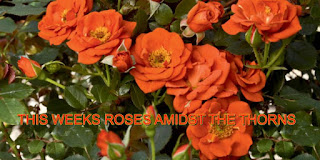 Spain’s Socialist Workers Party won 123 of 350 Parliamentary seats in last weeks election running on a Green platform , a minimum wage increase, and higher taxes on the rich. If Spain can, the U.S. can too.

To escalate fight against ‘existential crisis” Greta Thunberg backs general strike for climate. Now we need to organize it.

And guess what: Activism just might work. after blocking London traffic for just one week, the UK Parliament knuckled under b y declaring a climate emergency.

So far, U.S. fumble for a coup in Venezuela seems to be stalled.

Warren calls for investigation of surveillance at family separation protests.

6,000 Amazon employees including a VP and Directors call on Bezos to quit automating oil extraction.

“We teach, we vote!”” 10,000 teachers rise up against Repuglican legislature in deep south South Carolina.

For the first time, thanks to People’s Action across the country, the House Ways and Means Committee expects to hold hearings on Medicare for All bill.

Suffolk Superior Court Judge Robert L. Ullmann refuses to issue injunction requested by attorney Karen Hurvitz to prevent a panel discussion on Palestine from being convened at U. Mass campus.

Of over 5,000 kids separated from their families, 60 have been reunited. That leaves 4,940 still unaccounted for. (ICE needs to order new adding machines.)

Philanthropy in the U.S.

Philando Castile’s mom pays the lunch debts of MN seniors so they can graduate.

Man opens his $4 million home to homeless Oakland couple while good neighbors call cops.
Posted by Cecile Pineda at 9:49 AM