Burning the Planet at the Stake

In the Unholy Inquisition that is the Trump administration, the Secretary of Energy, Rick Perry in letter dated Sept. 28 to the Federal Energy Regulatory Commission (FERC) proposed putting thumb screws to the planet, and applying the rack to our weather.  Pleading grid vulnerabilities in the face of extreme weather events such as the 2014 Polar Vortex, he gave the FERC 60 days to approve the proposal which would have ratepayers subsidizing the dying fossil fuels and nuclear industries to the tune of $14 billion per year.

U.S. taxpayers already foot the bill subsidizing big oil to the tune of about $80 per year per taxpayer according to Oil Change International. Under Perry’s plan, the U.S. would add another 6 billion tons of carbon dioxide pollution over and above the Paris accords schedule which ties the U.S. down to between 30 and 45 billion tons allowed by 2050. 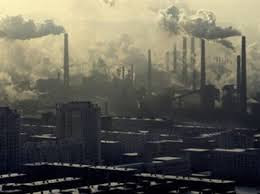 Hurricanes Harvey, Irma and Maria which left devastation in their wake in Texas, Puerto Rico and throughout the Caribbean, the apocalyptic fires which have reduced vast areas of California to ashes, the droughts causing the death of over a billion trees, the acidification of the oceans—all these extreme weather events are the direct result of burning fossil fuels, and Rick Perry claims he wants more burning to meet these same kinds of extreme weather events head on. He proposes subsidizing old crumbling reactors—99 of them—in order to meet further extreme weather events, despite intensifying risks to them posed by extreme weather events associated with climate warming.

A recent major study published by Lancet claims that one of every every six premature deaths can be attributed to toxic pollution—much from the fossil fuel industry—killing more people than wars, disasters and hunger. Meantime 3 million Americans in Puerto Rico and the U.S. Virgin Islands still do not have electricity, over 100 Portuguese have lost their lives to wild fires, nearly 35,000 Californians can’t return to their burnt-out communities. In Texas, more than 60,000 displaced people are living in hotel rooms. Irma survivors in  Florida who are trying to sign up for food stamps are being turned away because officials can’t handle the numbers, and 121 Republican congress people have voted against climate disaster relief for them. How twisted it that?

Although Perry pleads that, “Most…metrics for grid reliability suggest that [it]  is not in good shape….” his own Energy Department’s report of three months ago reports to the contrary. And by referencing the 2014 Polar Vortex to prop up his new rules, his plan fails to factor in how coal power failed abysmally in subzero temperatures because coal piles were frozen, while wind energy performed exceptionally well. Nuclear energy was also forced off line because of temperatures below their operating limit. 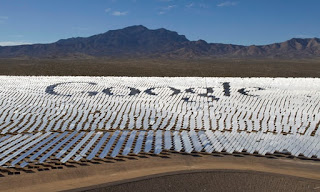 The U.S. is not alone. European countries also spend billions each year on fossil fuel subsidies, but the movement toward renewables is inexorable and growing. In the U.S. the solar industry already provides many more jobs compared to coal. Despite the regressive political climate, companies are still investing in renewable energy because they see the advantage. The Google Ivanpah Generating system is one example. Another remarkable example is Dong Energy based in Copenhagen. Originally involved in fossil fuel exploration and production, in less than a decade it became an 85% off shore wind company, and is currently divesting from its remaining fossil fuel interests. And spurred by the recent encyclical from the Vatican, in a project advanced by the Global Catholic Climate Movement, 40 Catholic institutions world-wide are poised to make a record divestment from fossil fuels.

In the Land of the Free and Brave, despite employment trends, the administration is wedded at the hip not just to its culture wars but to its carbon-polluting elites and their political contributions.. But an impressive array of stakeholders under the Energy Industry Associations umbrella petitioned the FERC to reconsider Perry’s plan to subsidize a dying market. Resistance is already building up, as the petitions listed below indicate.

Join the Zombie March on Coal in Oakland October 30th.

No funding cuts for the EPA.

A Scattering of Roses Amongst This Week's Thorns

Hawaii builds homes for the homeless at Kahauiki Village on the sugar-plantation model.

California Governor Jerry Brown vetoes SB 649 which would have given the telecommunications  industry free reign to put micro-wave radiation antennas on street lamps, signs, and traffic lights throughout California neighborhoods.