VE-RI-TAS, But Not Too Much

Harvard University, is the oldest (1636) institution of higher learning in the United States. Named after its first benefactor, John Harvard, it secured its first charter from the Massachusetts Bay Colony’s Great and General Court. Its mission was to train Puritan ministers who served both the Unitarian and Congregational Churches of New England. Its alumni include 8 U.S. presidents, many foreign heads of state, 62 billionaires, 359 Rhodes Scholars, 242 Marshall Scholars, and its community includes some 130 Nobel laureates. Its motto happens to be Veritas which, still means ‘truth’ no matter how you spell it.
But too much truth is a dangerous thing as Harvard’s Dean Elmendorf suddenly discovered September 15, caving under CIA pressure when he revoked his invitation issued to Chelsea Manning September 14 as a “visiting fellow.” Admitted Elmendorf: ‘I see more clearly now that many people view a visiting fellow as an honorific, so we should weigh that consideration when offering invitations.”
Elmendorf’s revoked invitation places Harvard in lock-step with the CIA, whose former director, Mike Morell resigned his post as a senior fellow at Harvard’s Kennedy School, in reaction to Chelsea Manning’s appointment. His decision won praise from chief CIA apparatchik, Mike Pompeo. who also withdrew—from a Harvard forum he was supposed to participate in that very night. Pompeo was quick to serve up Morell’s  bonafides stating that Morell  is “a respected individual serving his country with dignity.” As Deputy Director of the CIA under the George W. Bush administration, Morell had direct oversight of the CIA’s torture program, its black sites where the torture took place, and the agency’s “extraordinary rendition” program of international kidnapping, all of which presumably he presided over with consummate dignity.
Following his resignation from Harvard and eager to uphold his respectability, Morell forwarded a letter to all MSM outlets stating: “I cannot be part of an organization…that honors a convicted felon and leaker of classified information…Ms. Manning was found guilty of 17 serious crimes, including six counts of espionage, for leaking hundred of thousands of classified documents to Wikileaks, [and bowing to higher authority] an entity that CIA director Mike Pompeo says operates like an adversarial foreign intelligence service.” 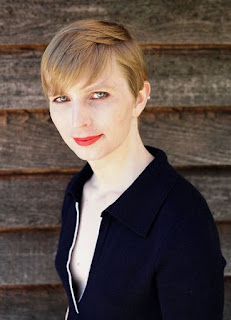 Its motto notwithstanding, the Crimson doesn’t seem to want its students to be unnecessarily exposed to war crimes, certainly not enough to be able to make up their own minds. And certainly not by Chelsea Manning who had the effrontery to expose actual war crimes in Iraq, and to point to evidence of waste, fraud, abuse, illegality, and threats both to public health and public safety., and whose country rewarded her loyalty and devotion with 35 years in the brig (reduced to seven by Obama), where she endured some of the same “enhanced interrogation” techniques the U.S. refined at Abu Ghraib, including more than two years in solitary (defined as torture by the Universal Declaration of Human Rights).
Nor did her punishment end with her release. As a transgender woman, the necessary credit and background checks required to rebuild her life falsely indicated she was committing fraud. She became captive to the tech-driven programmatic thinking (“the computer says ‘no’) that has become dangerous to all citizens in the hands of governments and law enforcement.
But in one of the first articles, Chelsea Manning has written since her release (May 17, 2017), her focus once again reflects her concern for her country and for her fellow and sister citizens, and for those who suffer as victims of the U.S. policy of targeted assassination. She strikes a note of warning with these words:
“In recent years our military, law enforcement and intelligence agencies… harvest more data than they can possibly manage,… in vast, usually windowless buildings called fusion centers.

The United States military uses the metadata of countless communications for drone attacks, using pings emitted from cellphones to track and eliminate targets. 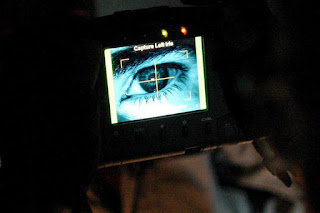 Predictive policing algorithms are already being used to create automated heat maps of future crimes, and like the “manual” policing that came before them, they overwhelmingly target poor and minority neighborhoods.

The world has become like an eerily banal dystopian novel. Things look the same on the surface, but they are not. With no apparent boundaries on how algorithms can use and abuse the data that’s being collected about us, the potential for it to control our lives is ever-growing.
Now that we live in this world, we must figure out how to maintain our connection with society without surrendering to automated processes that we can neither see nor control.”
But evidently Harvard prefers not to burden their Kennedy Institute of Politics students to such dystopian views. It seems to prefer the sunny narration of the likes of Mike Morell and Mike Pompeo: everyday in every way things are getting better and better, particularly if you serve the ruling class.

A Few Roses Amidst This Week's Thorns

Please consider signing the petition to Congress: Don't Roll Back the Antiquities Act
Posted by Cecile Pineda at 11:44 AM